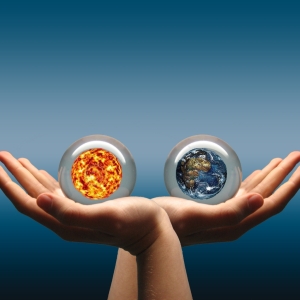 The Aries Libra axis is a male/female animus/anima axis in which the opposites are attracted to each other through sexual and sensual magnetism but opposed to each other through the same things. They are the quintessential definition of opposites attracting. This Mars Venus combination on the one hand can be balancing and passionate but on the other hand can be boisterous and offensive.  This can be very frustration when both of these opposites living in the same individual are required through life’s lessons to approach each other and adapt those characteristics that the individual… simply put… finds  unattractive but shamefully irresistible. Keep in mind that Mars and Venus were Lovers and Enemies. Venus considered Mars to be a brute, uncouth and unrefined but she adored that he adored her, his strength his confidence and his decisiveness… well! Turned her on… Mars found Venus irresistible her beauty her grace the way she radiated sensuality made him weak and vulnerable, but he despised weakness especially in himself.

Aries, Libra are opposing signs running horizontally across the birth chart houses 1 and 7 respectively. The first house is the window through which one looks out and into the world, and thus makes the statement “This is me” separate and individual. The 7th house on the other hand represents partnerships moving for independence to co-dependence, from me to us.

The Libra on the other hand is about, us and ours…

Question:  Where does a Libra go for vacation?

Answer: Anywhere as long as it is with someone.

Libra is about balance….  (Fairness…7th house)They have inaccurately been accused of being unable of making decisions… but if you ever talk with a Libra what you will discover is that the reason for that is because the Libra never wants to leave anyone out. They never want to make a decision that might cause the exclusion of any party. Because of their intimate awareness of” the other” especially when coming to any conclusion about actions to be taken within their environment they seem to be hesitant when making these decisions because they always want to be fair. In short for the Libra it is not about “me” it is always about “us”. Thus the conclusion in classical astrology that Libras can never make up their minds.  Aries on the other hand rarely struggle with such a dilemma; they will quickly come to the conclusion about what is in their best interest and go for it. This is not selfishness it is “self-ness.”

Now as the Aries matures, their most significant life lessons will center on those issues that have to do with fairness and “the other”. Circumstances will occur that force them to see and adapt the necessary attitudes of balance and co-dependence. “Self-ness” will eventually give way to a more open attitude towards “the other”. How willing they are to pay attention and adapt will decide how hard-felt or difficult these lessons will be. In like manner the Libra as they mature will be faced with significant lessons that push them to be more aware of the self. Libra is the only astrological sign that has a none-living symbol, (the scales). This signifies the share “mind over matter” attitude that the Libran adapts especially when dealing with issues to do with the self. they will likely go through “difficult” experiences probably by encounters with “the other” that force to think more individualistically in order to attain the true balance that the sign signifies.

The 1st /7th axis that deals with “me” to “us” implies that these lessons for both signs may generally center around partnerships and specifically on intimate relationships, the specific nature of which would be decided by other aspects in the person’s chart. Libra and the blind balance of the scales can only be truly balanced when they can become more insightful and aware of the feelings and centeredness of the self. Only so can they truly be in tuned and aware of the other. The Aries, for their relationships to be successful and satisfying and to finally experience what is referred to as the “peak experience” must occasionally leave the self and live in and as “the other” turning self-ness to sharing, learning the virtues of dependence.